A FACE ONLY A MOTHER COULD LOVE

I have been, as they say, unavoidably absent from these pages for the last few weeks as the builders began the work on the London flat and I had forgotten how much a big refurb project can take over your life. And it’s not the big stuff like choosing the kitchen and the bathrooms; it’s the small stuff. I was sitting on the Tube, quietly trying to read Jay Rayner and listen to Bach (what a pair) and I happened to glance up at the advertising. Normally quite safe, as the habitués of that space seem to mostly be wifi providers I’ve never heard of and dodgy looking money transfer outfits. Not this time; now I was invited to consider how meaningless my life would be without electrical sockets that have built in USB ports….what? Genius. Straight on to the builder, who has the patience of a saint. So you see, I haven’t been safe from the damned project even on the Tube. and I am trying to find all kinds of displacement activity to avoid choosing new door furniture. And tiles. And timber flooring. And paint colours…..so talking about the ugly sister of the vegetable world is a delight.

A few weeks ago, I mentioned celery, the Cinderella of the veg world, so let me introduce you to the ugly sister: celeriac. Honestly, it has a face only a mother could love, but it is, in this country at least, the unsung heroine of the vegetable world. I was delighted a couple of weeks ago to receive in my farmdrop.com order a complete plant, as per the picture. This was completely unexpected as normally in the UK, one only gets a trimmed root, which while less startling than the complete plant, still looks a bit like a turnip with a hangover. There the resemblance ends.

Every bit of a complete plant can be used, although there is a fair bit of waste when one trims the root. If you’re lucky enough to own a compost heap, then that isn’t a problem but it is important to trim off every bit of hairy root and any yellowing stalks or leaves. The stalks aren’t really bold enough to use raw, as in cultivation, the energy has gone into creating the lovely big root, but they are fine for using in soups or risotto (excellent in the latter with a morsel of Gorgonzola). The leaves can be used as a herb, so again good in soups, stuffings, risotto and with lentils, quinoa or cous cous.

The root, which is really the focus of this piece, makes wonderful soup but one of my very favourite things to do is put a whole celeriac, cut into chunks, under a roast chicken, mixed with garlic and thyme. I also put a couple of chunks inside the cavity with thyme and half a lemon, salt and pepper. When the chicken is done, keep the bird warm and put the roasting tin with all the celeriac and garlic gunk over a low flame (if there is a lot of fat, just pour most of it off), mix it up with a wooden spoon (the celeriac and garlic will be very soft by now), gradually add as much white wine as will make a deeply savoury sauce and simmer for a few minutes stirring all the while. A few green peppercorns won’t come amiss and although I have tried it with a spoonful of creme fraiche, for me, that’s gilding the lily. This isn’t a sophisticated dish but is very satisfying and people who have eaten this have always asked for the “recipe”. I think, however, that it is so simple as to barely qualify as a recipe, so it’s here and not written up as a recipe proper.

I also love celeriac incorporated with potato mash, but it does retain more water than potato, so I always steam it if I’m going to mash it. It’s also great as part of a platter of roast root veg; in particular it seems to pair and contrast well with roast parsnip (another less than lovely looking vegetable). Above all, it is stupendous in soup and the recipe that follows is wonderful. I can claim no credit for this, as I discovered it in the staff canteen where I worked; the chef was so pleased to have someone ask for a recipe you’d have thought it was his birthday. I have tweaked it a bit to please our palates more and despite the slightly unlikely combination of ingredients, do please give it a go. I promise you, it’s fab.

Print Recipe
Serves: 4 normal people or 2 greedy ones Cooking Time: about an hour

Heat the butter and add the celeriac, cover and cook gently for about 10 minutes but don’t allow it to brown

Bring just to the boil, cover and simmer for about 30 minutes

Add the milk and simmer uncovered for about another 15 minutes; you’re looking for the liquid to reduce but never boil

Remove from the heat, add the creamed coconut

Use a stick blender until you have a smooth soup; flecked with green from the chilli and coriander stems

If, like me, you’re not too keen on coriander as a herb (love the seeds), use flat leaf parsley instead. Also feel free to use a different chilli and in fact, I have made this with dried crushed chilli. Both of these changes will alter the flavour slightly, but of course, it is still a delicious, warming soup that is a bit different. 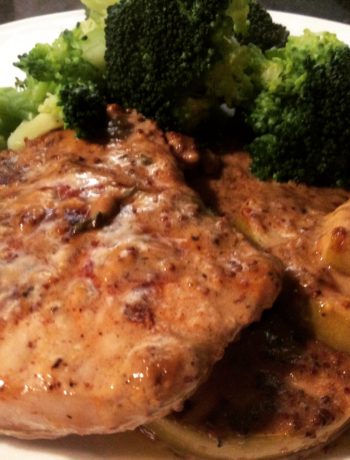 A SPRING RECIPE FOR PORK 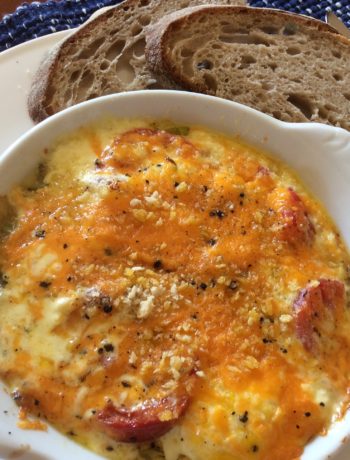 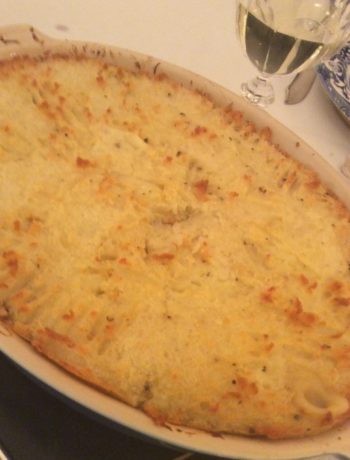