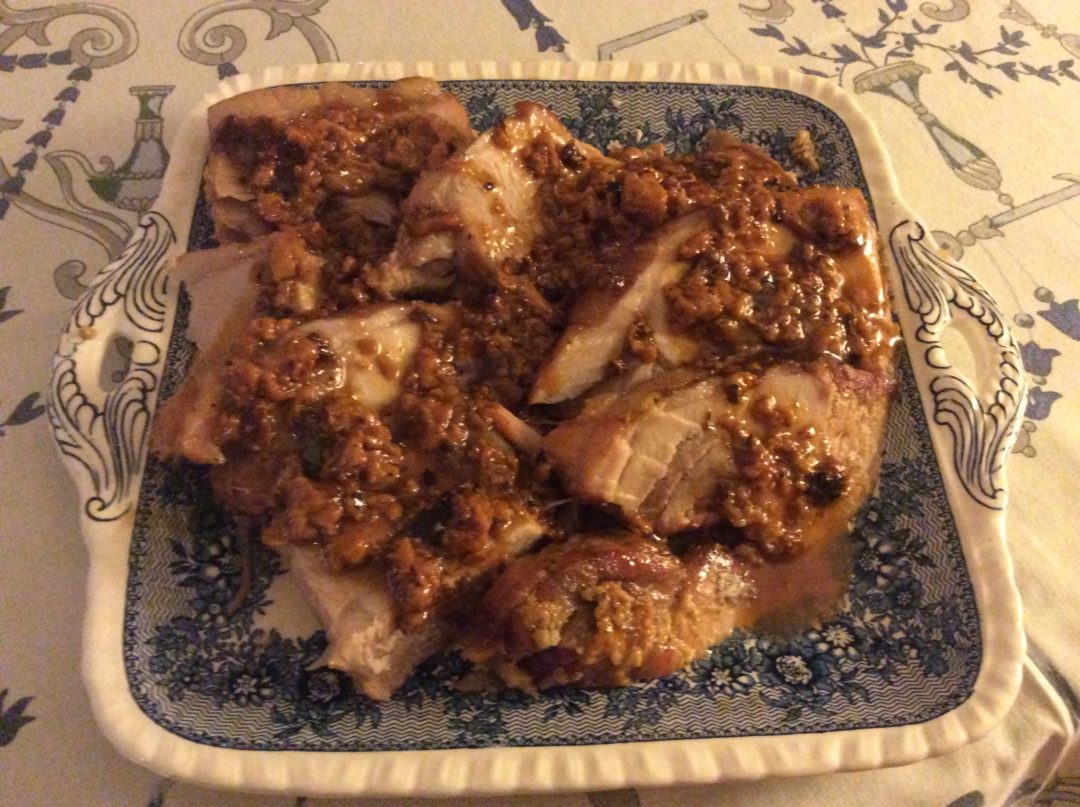 No, I wasn’t quite sure what it meant either. But I was invited to an event in the far north of London (OK, it was near Moorgate Station but I live in Wimbledon so anything north of the Marylebone Road induces a nosebleed) that invited me to discover what it was all about.

It was worth the trek as happily, it was a convention of some of my favourite suppliers who were launching a mission to “challenge the UK public to shake up part of their weekly shop – switching from supermarkets to specialists” (taken from their marketing material) for the month of September.

Now, I am already a huge devotee of farmdrop.com who supply the most wonderful fruit & veg, fish, meat, bread & cakes and fresh pasta from small local suppliers, so it was a delight to meet the lovely Lucy and gifted Beth (a semi finalist in Masterchef who now masters the Farmdrop social media content and cooks, too). More about them later, but I was also introduced to pongcheese.co.uk I am afraid to say that Edoardo and I were a little less than restrained with the sampling of their fabulous cheese; we will be ordering from them so I’ll write about that later this month.

Edoardo is already a devotee of HotelChocolat.com so was happy to sample their luxurious chocolate and by luxurious, I don’t necessarily mean expensive – it is the flavours and inspired combinations that denote luxury here. Chocolate is not my weakness so I went back to the cheese zone, via FishforThought.co.uk where I sampled fresh crab – one of my favourites, and nakedwines.com Regrettably I might have sampled there just a tad over-enthusiastically so I needed more cheese to mop it up…..that’s my excuse anyway.

I am also not going to sit here and criticise all supermarkets, but increasingly they are NOT a good place to buy your fresh food. In my view, they place far too much emphasis on visual appeal and how easy it is to pack food. I guess for them, life is easier if all tomatoes or apples or whatever are of a uniform size, making packaging and general logistics more predictable and thus cost-controllable. As shoppers though, we perhaps have to take some of the blame for this obsession with the perfect tomato; a tomato’s perfection should be assessed by its flavour, not the fact that it looks shiny and perfect. The British by and large don’t shop with their noses – how may times have you observed someone in a supermarket sniff a melon to see if it’s ripe? Unless you’ve seen me, I’d say quite rarely. And how can we sniff a tomato if the poor wretched things are imprisoned in a plastic box and wrapped in cellophane? Never mind, they look good so that’s all right then!

I do have some sympathy with supermarkets when the media coverage tends to focus solely on their price competitiveness, so they find themselves in a race to the bottom. And back also to my lament that wanting to have good food, fairly priced is somehow seen as elitist or the province of the chatterati in the UK. No, it isn’t, the less you have to spend on food, the less you can afford to be taken in by supermarkets; the less you have to spend on food, the more you need to be able to cook a few basics like soup, casseroles, anything eggy and bread. And I don’t buy the time objection either, but you do need to be organised and prepared to learn. Rant over…..

Anyway, to go back to the challenge issued by these great producers, Edoardo and I decided to see if we could eat for a whole day using fresh ingredients only from these guys. I planned the menus for Sunday which also prompted me to try an Italian dish I ate once years ago and have wanted to attempt myself ever since. Here’s what we ate last Sunday:

Dinner
Beetroot tortelloni with sage butter and poppy seeds
Loin of pork in milk (recipe later – don’t be deterred by the title, it’s scrumptious)
Boiled potatoes
Chard
Apple tart with creme fraiche (Edoardo had room for this – I didn’t!)

All these came from farmdrop.com and my bill was £37.00 and did several meals: the chargrilled veg, left over pork and potatoes were all upcycled into delicious meals today and the bread will last for several days. The sourdough comes in a huge 800g loaf that goes in the freezer on day three and is perfect for a week or so. The focaccia is so good that I’m afraid that despite the fact it arrives in a monster 400g slab, it doesn’t last more than two days so never sees the freezer!

I have virtually shopped this same list with from a supermarket’s on line shop (no, not saying which one!) and the bill came to £41.77; several ingredients were not available as organic and I couldn’t get Jersey milk yogurt. I also know that the supply chain is far shorter with Farmdrop and the producer gets a fairer cut of the money, which matters hugely to me. I shop mainly organic because I have concerns about animal welfare and again, I know with Farmdrop, I can be easier in my mind about that.

We both also said that the quality of the food was considerably better, so we are going to continue using Farmdrop.com and before anyone asks, no, I receive no remuneration or other consideration from them – I just want good food, honestly priced and sourced and they hit the spot.

So, on to the recipe with this blog. Loin of pork in milk sounds hideous but please trust me when I say it is absolutely scrumptious. If you like a deeply savoury, umami flavour then this is the dish for you. The milk renders down into a dark, double cream that is glossy and chestnut coloured; the meat becomes tender and can be cut with a spoon. It is simple but does need an eye kept on it, so best to cook it when you can be near the kitchen every 20 – 30 minutes. It is also very rich, so I recommend keeping the accompaniments very simple; plain rice or potato and a leafy green vegetable go well. Please, buy the best quality pork you can find; something sitting on a blue polystyrene tray in a chiller cabinet won’t cut it. It is easier to carve if you buy a boned, rolled loin but I do prefer the extra flavour that is there when the bone is present. It’s not that much harder to carve if you loosen the meat away from the bone first and of course, use a surgically sharp knife! This recipe also calls for the joint to be skinless and this is also easy to do with the properly sharp knife. Just cut the string, slice off the rind as close to the skin as possible and roll and tie it up again. I keep the rind in the freezer to add to beef casseroles later in the winter for extra depth of flavour.

Loin of Pork in Milk

Use a thick based casserole or stout pan, just large enough to hold the meat

Heat the butter and oil until the foaming point is subsiding and then add the meat, initially fat side down

Put on the lid, slightly askew and simmer for about 2 hours

Every 30 minutes or so, turn the meat and in the meantime, keep an eye or ear out for overboiling

You might need to add a little more milk

After about the first hour, the milk will start to change colour and also create little clusters that will gradually also go a golden brown - don’t worry, it’s not curdling

Once you can easily pierce the meat with a fork, remove it to a carving board or dish and cover with foil to keep warm

While this is happening, draw off the surface fat from the milk mixture but do be careful not to rob yourself of any delicious nutty clusters

Stir quite vigorously and if you prefer to thin it a little, add a couple of tablespoons of warm water; ensure you loosen all the scrummy bits adhering to the base of the pan

Discard the bay leaf and herbs

Cut the string on the meat and slice into medium thick slices, arrange on a platter and pour over the sauce

As I’ve said, you might want to keep accompaniments simple and any first course could be vegetable based, for example Piedmont peppers or chargrilled courgettes with basil. Having said that, last Sunday we preceded it with a small portion of pasta, so anything non meat based can work.